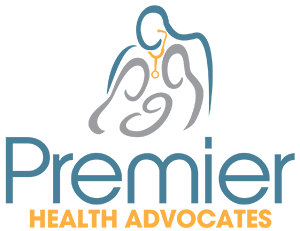 Story #1 - A Son with a Sudden Illness Thousands of Miles Away. 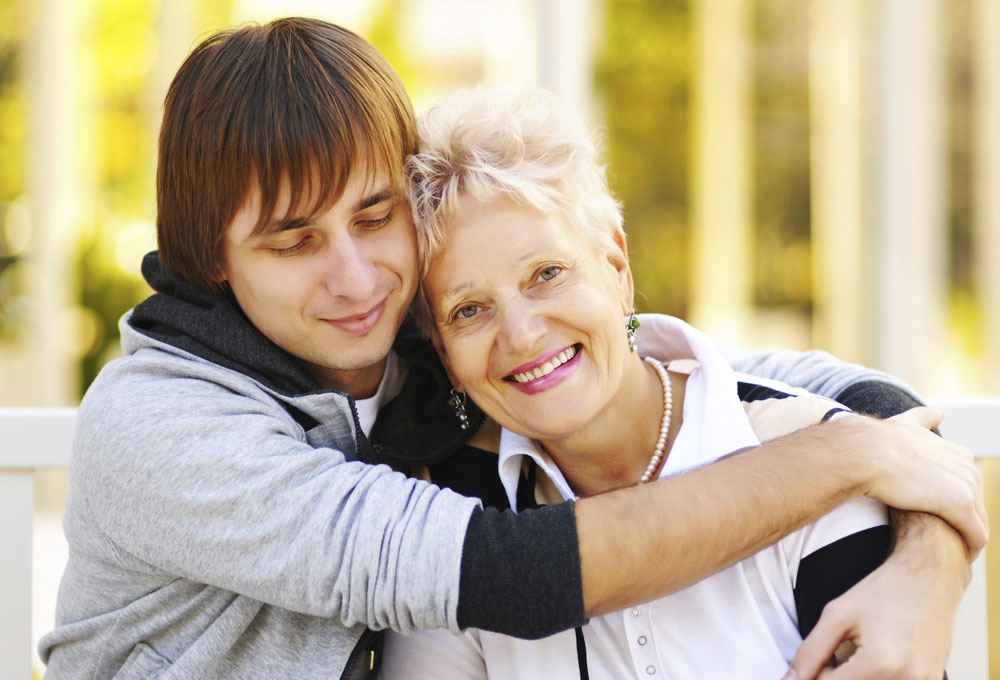 PHA Response:  Nothing compares to the helplessness one feels when his or her family member is sick, perhaps critically ill, in another city or state many miles away. In this case, the PHA Physician Guide’s involvement offered reassurance that the woman’s son was getting his issues addressed and that any potential problems would be appropriately monitored, despite being more than 2,000 miles away!

The PHA Physician Guide became this family’s liaison with physicians at medical center on the other side of the country. By closely working with the treating physicians, my Physician Guide was able to keep the family well-informed and up-to-date. The PHA Physician Guide had additional resources and professional contacts that could have been used in this instance had the young man’s condition worsened – a truly invaluable resource.

A Midwestern woman’s healthy, 29-year-old son suddenly developed stroke-like symptoms and had to go to the closest hospital for treatment. He lived thousands of miles away in a major metropolitan area on the West coast. In the initial hours of his hospitalization, his family was unable to contact him or his doctors to find out what was happening.

The information they eventually did receive was unclear and confusing. With no social or professional contacts in the area of the medical center, the woman had nowhere to turn for answers or reassurance that her son was in the best of hands. Most importantly, she and her family realized there was little they could do – even if they left on the next flight to see him 24 hours later.

“When other medical professionals find out you have a “Doctor in the Family®,” you are treated very differently. I personally had a situation with my son in California last week. “It was originally thought that he had a blood clot on his brain, since he had symptoms of a stroke, although he is only 29.

The feeling of helplessness and distress was overwhelming. I called PHA early the next morning in tears. My PHA Physician Guide was able to contact my son, get permission to talk to his doctor, and break the test language into laymen’s terms for me and my son. His follow through was amazing. It was found that my son had a severe migraine that mimicked a stroke, and he will be fine.

Throughout the entire ordeal, I never doubted my PHA Physician Guide’s competency. I knew once he was involved, I could relax because dealing with him removed that stressful sense of uncertainty. Without the advocacy, I would have been in the dark about what was going on, maybe for weeks, which would have been awful.

When Associates come to me with unusual medical issues that I know are distressing them, or they indicate that they need help, I immediately refer them to PHA. But now I will add: They will take care of you. I know this because I had to call them myself.”

Story #2 - A Woman with Severe Symptoms After a Car Accident. 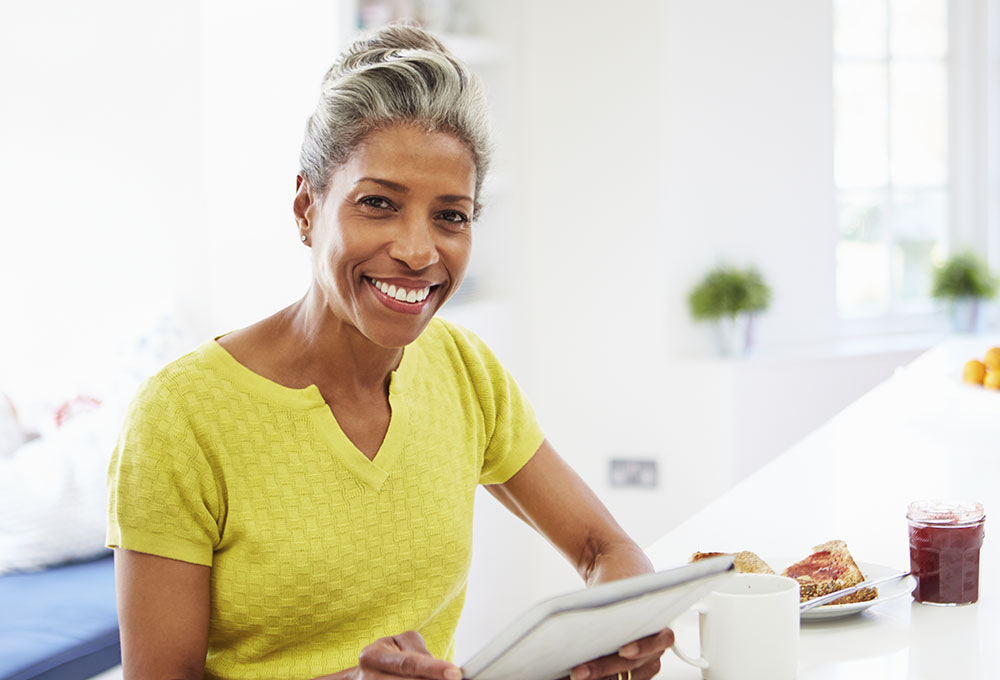 PHA Response:  This person has autonomic nervous system dysfunction following traumatic brain injury. She experienced disabling symptoms of dizziness, nausea, and near passing-out spells that are common for this condition. This illness is not well understood by most physicians. It is a difficult problem to treat and usually requires the combined efforts of physicians in cardiovascular medicine and neurology who specialize in this specific problem; the collaborative approach for this specific condition is typically available only in academic medical centers.

This case highlights a very common scenario when patients are evaluated by a variety of doctors who do not have the unique and specific background or training to identify a rare healthcare issue. The most concerning aspect of this case was how this person was dismissed by the treating physicians and was assumed to be a “complainer” since her symptoms were beyond their experience and understanding. This patient was pushed along in a limited regional system until PHA became involved. As a result of her struggles, she suffered physically, experienced a poor quality of life, took numerous sick days off from work for more than a year, and lost valuable time for making it to clinical appointments and undergoing redundant tests requested by multiple physicians.

A 43-year-old woman was involved in a car accident and suffered debilitating symptoms for more than a year, despite being seen by many physicians, including several subspecialists. She had severe light-headedness, frequent disabling headaches, and persistent nausea.

Her doctors could not offer her effective treatments or explain why she had these symptoms. Eventually, she was dismissed by the treating physicians, who told her that a “real medical problem” could not be found, and that she needed “to learn to live with” her symptoms

“My story begins almost a year and a half ago. I was involved in an auto accident. The other car ran a red light going about 40 MPH and hit me on the side of my car while I was driving. Luckily, I escaped with only a concussion, neck injury, few dislocated ribs, and various muscle and tissue injuries.

A few months after the accident, I was still suffering from some nasty side effects and went to my family doctor, who suggested physical therapy. From that day on, it has been one specialist after another. In the meantime, my symptoms of frequent dizziness, near-fainting, nausea, and headaches became more severe. I could barely stand up and the room would spin. My whole life had come to a standstill – one orthopedic surgeon after another, several visits with neurologists, two rounds of physical therapy, an appointment to see a neuro-opthamologist, a psychiatrist who helps people with brain injuries, and on and on with test after test after test. My own family doctor told me that my problem was just that I needed glasses! One neurologist said, “I just need to get over it and move on” and to come back in 6 months or call sooner if I had any questions.

Then along came PHA and my PHA Physician Guide. Talk about a knight in shining armor!!! He listened to my symptoms, asked a few simple questions, and before I knew it, I was at the Cleveland Clinic consulting with a cardiologist. He facilitated securing an appointment with a world’s specialist in my condition. When my PHA Physician Guide told me not to worry because he was in charge now, I think I improved just hearing those words! I later learned that I had a condition called dysautonomia.

I think PHA is a service no one should be without. With PHA, I know there is a health care professional who is actually concerned about me getting the best care possible. I know with my PHA Physician Guide in my corner, my health will improve and quality of life will improve. No one should ever think twice about using this service. It may save their life or the life of someone they love. I don’t know how you could put a price on the service. I’ve already told all my friends and business associates. Imagine all the time and money that could have been saved by not allowing doctors to just keep seeing you over and over again about the same issue, with no resolution. Or imagine a patient suffering needlessly because they have a doctor who is not willing to look deeper into a problem.”

Story #3 - A Young Man with Shortness of Breath and Dizziness.

A 40-year-old man was first seen by a family physician for mild respiratory symptoms, but then had rapidly progressive shortness of breath, cough, and difficulty breathing. Within a short period of time, he needed to be seen in an emergency department in a local hospital. Prior to becoming ill, he was affiliated with PHA and contacted his PHA Physician Guide when things became worse.

Listen to his story here: